The media coverage of Jeremy Corbyn is subject to academic study, but few journalists would have the attention span to read anything academic.

Journalistic representations of Jeremy Corbyn in the British press: from watchdog to attackdog
/ London School of Economics and Political Science (1 July 2016)

“It is his Arab season now but equally frantic, reckless, often mendacious offensives have been mounted over Corbyn’s Cold War activities and his Irish activities. Before that it was his clothes, his unfamiliarity with the words and music of God Save the Queen and his inability to kowtow like a Japanese General before royal personages and on state occasions.

Unbribed (one presumes), the average British journalist in just three years has sincerely believed and ruthlessly proselytized that Jeremy Corbyn (35 years a British MP) has been a Soviet spy, a Czech spy an East German spy. He’s been paid £10k per MEETING (at 1980s prices) for his philandering with Soviet bloc agents, he’s been on a motorcycle tour of the former German Democratic Republic where he was recruited by the KGB. This is all by way of background as to why Corbyn was the sole MP in the British parliament to ask for evidence from Theresa May for her assumptions as to the true identity of the would-be assailants of the Skripals in Salisbury. The BBC even photoshopped Corbyn in front of the Kremlin walls in a Russian hat.

And prior to all of that, Corbyn was an agent of the revolutionary Irish Republican Army in their long struggle to oust the British occupiers from their country. The fact that Corbyn was meeting leading Republicans in public at the very same time as UK ministers and civil servants were meeting the very same Republicans in secret is carefully elided. That Corbyn was right in trying to bring the political wing of the IRA in from the cold and into a peace process –now universally lauded as the Good Friday Agreement– has to be carefully concealed.

Long ago videos from obscure events, entirely ignored at the time by the self-same media, are being exhumed and distorted. Pictures of wreaths being laid are parsed and wild inferences made as to who exactly is being mourned in the pictures. Smears that were launched last year are relaunched to presumed gullible readers as if they were news this year. This tidal wave has all rolled out like a tsunami from the entire UK media –left right and center– in just the last three years. In the same three years Corbyn has tripled the Labour Party’s membership, it is now bigger than all the other British political parties combined and is now the biggest political party in Europe, with over 550,000 members.” 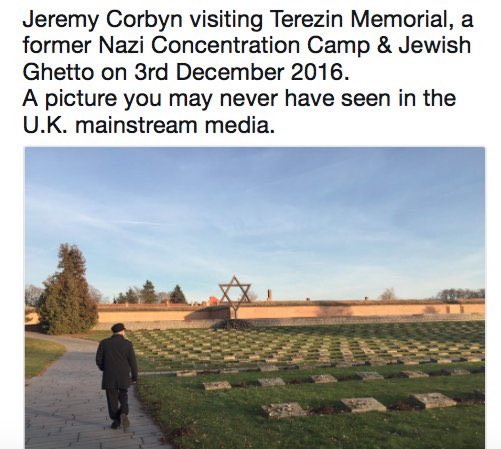 Photograph courtesy of The Times of Israel (6 December 2016) 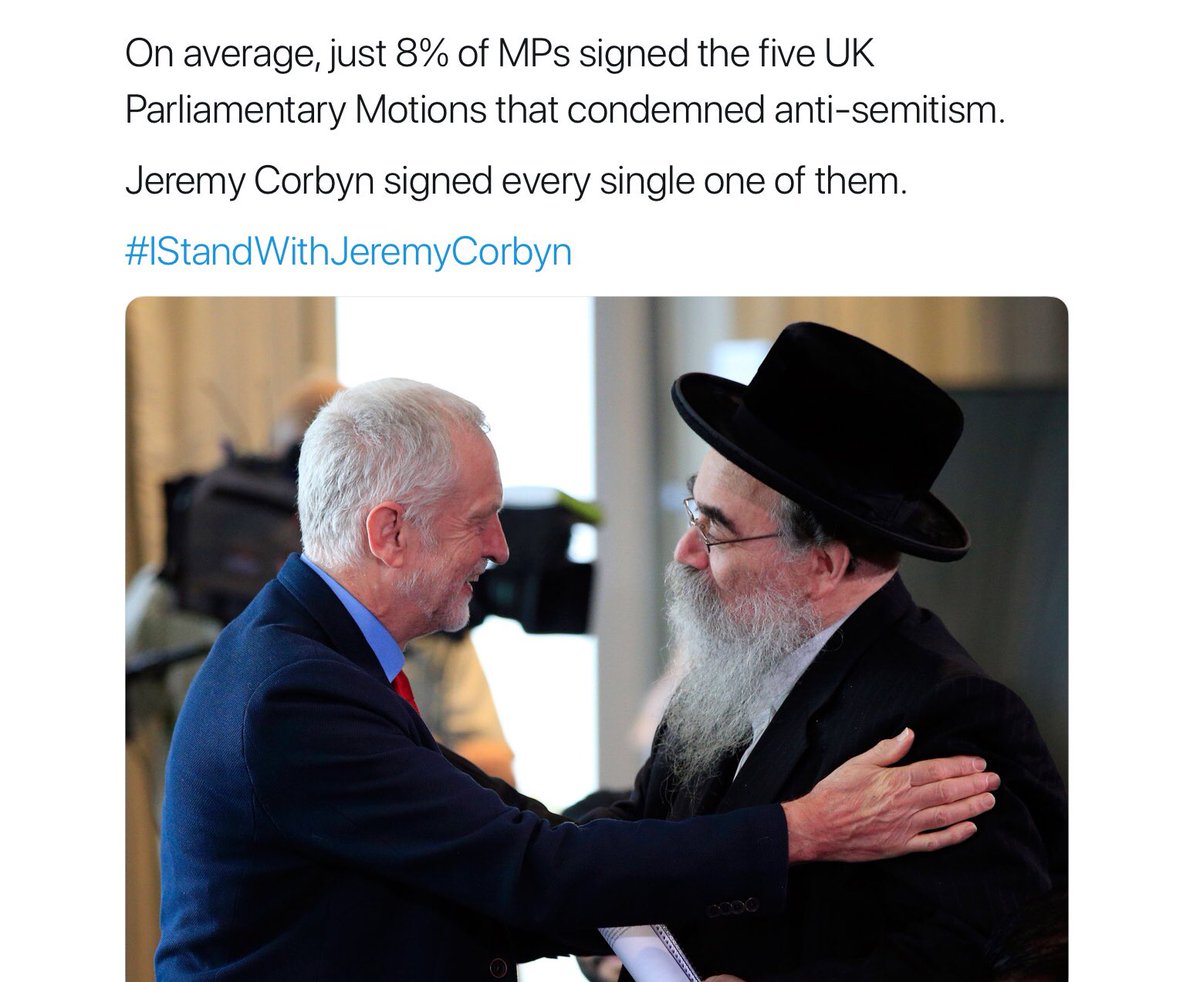 In 2013, 5 years ago, Jeremy Corbyn signed a Parliamentary Motion that condemned antisemitism in sport.
https://www.parliament.uk/edm/2012-13/1133

In 2012, 6 years ago, Jeremy Corbyn signed a Parliamentary Motion condemning the BBC for cutting a Jewish made programme for the Jewish community from its schedule.
http://www.parliament.uk/edm/2012-13/195

In 2010, 8 years ago, Jeremy Corbyn signed a Parliamentary Motion praising the late Israeli Prime Minister and his efforts to secure a two-state solution.
http://www.parliament.uk/edm/2010-12/908

In 2010, 8 years ago, Jeremy Corbyn signed a Parliamentary Motion praising “Jewish News” for its pioneering investigation into the spread of antisemitism on Facebook.
http://www.parliament.uk/edm/2009-10/850